Why don’t the Armenian “EPP parties” do their homework? 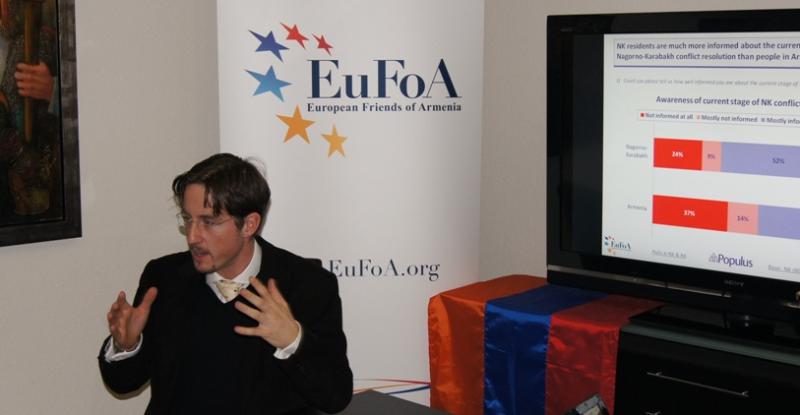 On 17 December 2011 Mediamax news agency (mediamax.am), to which our Secretary General, Michael Kambeck, is a columnist, published his commentary on the co-operation between 4 Armenian political parties and the European People’s Party (EPP).

Why don’t the Armenian “EPP parties” do their homework?

Last week in Marseille, three Armenian parties made a step towards closer co-operation with the European People’s Party (EPP). For those who don’t know the relevance of such party alliances, it is worth reading the last weekend edition of the Financial Times. There, the analysis of the complete defeat of the British Prime Minister Cameron during the EU summit was explained mainly with his own decision of 2009 to lead his party out of the EPP into a more nationalistic block.
Most European party alliances, especially the EPP, the Socialists and the Liberals, gather in party co-ordination conferences before they arrive at such summits. While Merkel, Sarkozy and hundreds of EPP MEPs and national MPs decided their strategy in Marseille before the summit, Cameron was the only Head of Government who came to the Brussels summit without “friends” – and then could not find support for his ideas.

So, being member of such an alliance means real power, real exchange of information and access to key European politicians. That is why it was right for the four Armenian parties (Republican Party, Prosperous Armenia, Heritage and Rule of Law) to seek observer membership in this family, just as the ANC the Liberals and Dashnaktsutyun with the Socialists. But what I keep asking myself is: Why don’t they do their homework?

While the Armenian President’s visit in Marseille showed great commitment and even helped the candidature of the smaller applicants, the misalignments in the Council of Europe have for years been a known obstacle to the EPP membership and remain unresolved. In that European institution, David Harutyunyan (RP) is aligned to the European Democrat Group, while Gagik Baghdasaryan (Rule of Law), Armen Melikyan and Naira Zohrabyan (both Prosperous Armenia) are all in ALDE (Liberals). This is like saying that you want to join the church of Holy Echmiadzin but on Sundays people see you in a mosque.

Prosperous Armenia was rejected mainly because the EPP does not believe that it is a real party, but more a platform for party chairman Tsarukyan. Given their known criteria, this reaction should have been expected. If Prosperous Armenia wanted to join, why didn’t they prepare a party conference with a European focus, demonstrating their inner democracy, demonstrating that the party would continue to exist even if the chairman would one day leave and deciding their European agenda? Similar actions would also help the other parties and at the same time clarify for the Armenian voters the parties’ views on Europe – and such clarity is always good ahead of an upcoming election.

European Friends of Armenia has always supported Armenian alignments with European parties. We strongly hope that the EPP in February will decide positively. If the parties do their homework, the chances will be good. Like the alignments of other parties with other groups, this would certainly be good for them and for Armenia.