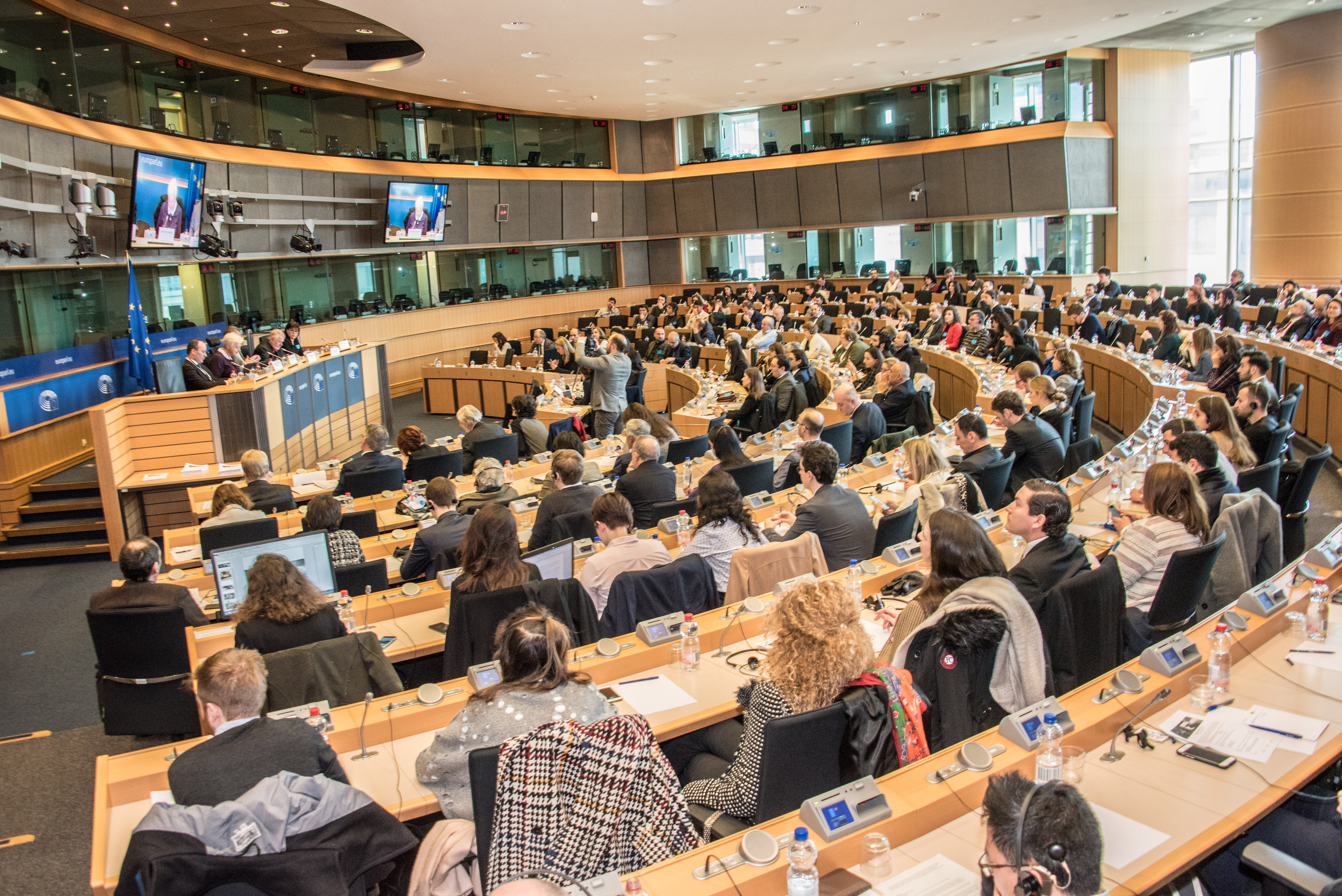 Brussels, 1 March 2018 – On the occasion of the 30th anniversary of the Karabakh Movement, European Friends of Armenia (EuFoA) and the Armenian General Benevolent Union (AGBU) Europe organised a conference on the 28 February in the European Parliament where Members of the Parliament and experts on the subject discussed the past and future of EU engagement with Nagorno-Karabakh and possible proposals to enhance the EU’s impact in the area. The conference, hosted by MEP Frank Engel (EPP) and attended by more than 200 people, consisted of two panels with three speakers each. The first panel featured MEPs Jaromir Stetina and Eleni Theocharous and dealt with the European Parliament’s responses to the turmoil in Karabakh between 1988 and 1991.  Both present in the territory during the conflict, as a journalist and a military surgeon respectively, they shared their personal experiences and reiterated their support to the right to self-determination of the Karabakhi people. In particular, Stetina stressed a “sense of historical justice” for the people of Nagorno-Karabakh, and  Theocharous called for the European Parliament to further contribute towards a better understanding of the conflict and the peace process. Journalist Tsvetana Paskaleva delivered a personal account of her experience reporting in Nagorno-Karabakh from the outbreak of the war in the early 1990s until the ceasefire signed in 1994.

In the second panel, the speakers discussed initiatives that the EU could take to improve the lives of the people in Nagorno-Karabakh, reduce tensions, and build trust. In particular, they addressed the 10 proposals presented by the organizers to pave the way for peace in Nagorno-Karabakh, and expressed their consensus regarding stronger EU involvement in the region. Specifically, all speakers agreed that the EU should at least support demining activities and human rights monitoring in the area on principled humanitarian grounds. MEP Lars Adaktusson called for a more proactive role of the European Union in conflict resolution and human rights, as well as the direct involvement of Nagorno-Karabakh at the negotiation table together with Armenia and Azerbaijan. He supported EU engagement in providing monitoring equipment at the Line of Contact, which Azerbaijani authorities have consistently rejected, specifically stating that: “In other cases, the EU has been able to carry out humanitarian work in the territory of unrecognized entities which also should be possible in Nagorno-Karabakh”. He further stressed that isolation is adversely impacting the young generation in Nagorno-Karabakh, for instance by preventing them from participating in European educational programmes.

Paul Meerts provided his expert opinion on the conflict and the ways to solve it, emphasizing that “negotiation is to give something in order to get something”. He also underlined the importance of confidence-building measures.

Professor Licínia Simao stressed the importance of increasing EU internal coordination as well as cooperation between the EU and the OSCE Minsk Group to ensure all entities have a common policy, especially in regards to peacekeeping.

The floor was then opened for discussion, during which time the audience emphasised the need for challenging the entrenched position prevalent in the region.