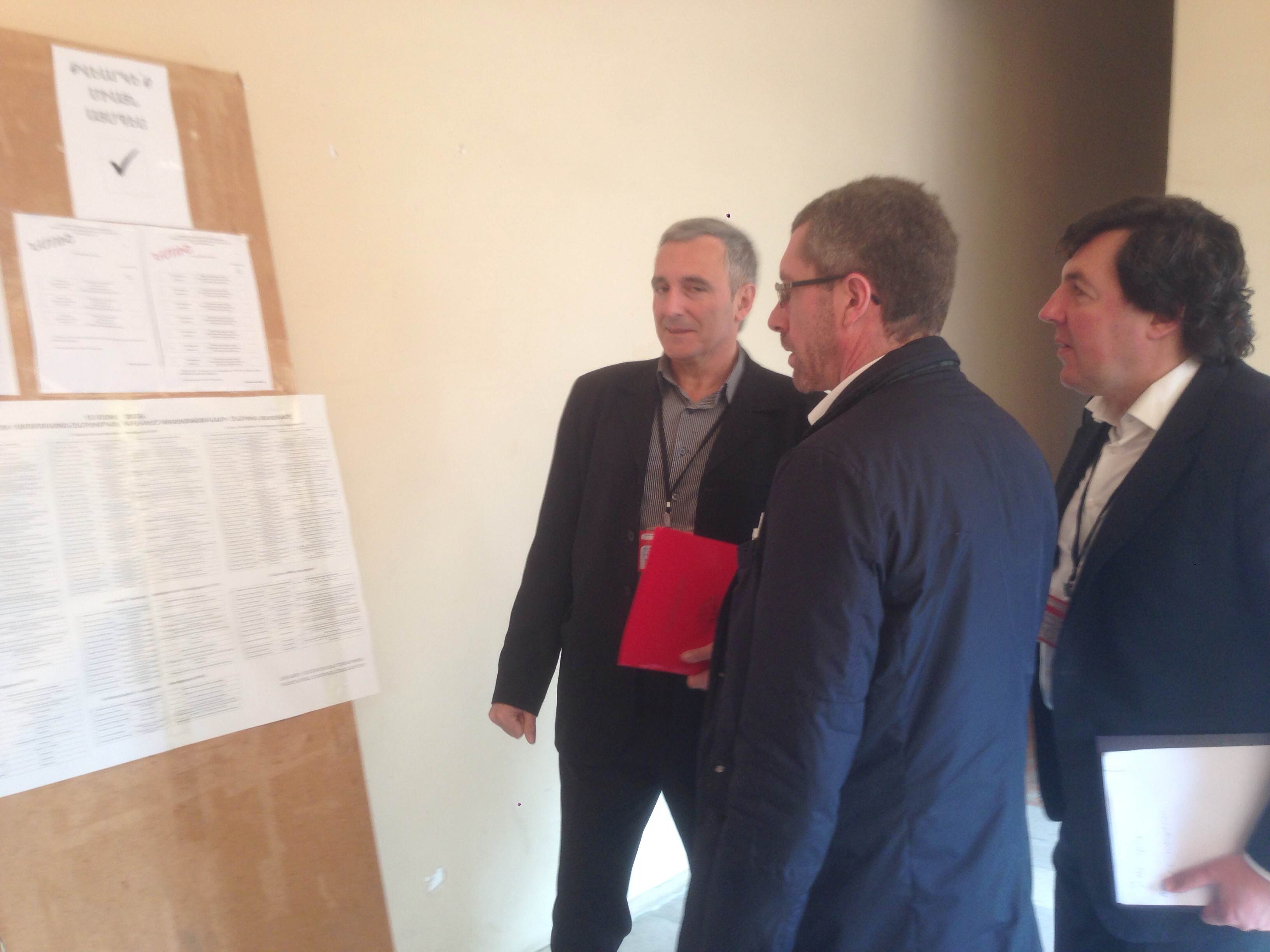 Following an invitation sent by Mr. Ashot Ghulyan, President of the National Assembly of the Republic of Nagorno-Karabakh, the Artsakh Group in the European Parliament decided to send a delegation to observe the legislative elections in Nagorno-Karabakh scheduled for 03 May, 2015.

Despite the non-recognised status of the Republic of Nagorno-Karabakh and therefore, the absence of an official observation mission of the European Parliament or the OSCE, the Group decided to assess and witness the electoral process. In particular, we take into consideration its positive evolution and commitment in terms of democratic development and respect for human rights and rule of law since its independence in 1991.

The delegation was headed by Mr. Frank Engel, President of the Artsakh Group in the European Parliament, and was composed of several MEPs and supporting staff. They conducted their activities from 02 May till 04 May, and also cooperated with other Parliamentarians of EU Member States.

The delegation conducted its short-term observation mission in accordance with the European Parliament practices, starting with interviews to all candidates, then observing over 20 polling stations, including the opening of some, as well as the counting and closing.

Interviews with the political parties

Most of the political parties stated that they did not perceive any significant breach of the electoral code during the election campaign, which was carried out on equal competitive grounds for the 7 parties. All of them registered easily, had access to media and to public spaces for their promotion materials, as well as to public sites to organise their meetings. It is noteworthy that 3 new parties participated in the election for the National Assembly of 6thconvocation.

However, one of the parties did mention the use of official cars by certain candidates during the campaign. Another party informed the delegation that they had started legal proceedings on defamation and filed another case on the basis of pressures resulting in the loss of their rented party office.

Proxies of most of the political parties, as well as of single seat constituency candidates were present in all polling stations; neither they, nor voters voiced any violation of the electoral code. Voters were allowed to vote only in those polling stations where they were registered. Voting procedures were well organised and went smoothly in the randomly observed polling stations. Voting booths provided sufficient privacy for the voting process and ballot boxes were correctly marked and sealed.

All personnel involved in the electoral process fully cooperated with the observers in a completely transparent manner.

Overall, the electoral process took place in line with international standards and represents not only progress, but also a clear consolidation of democracy and rule of law in the Republic of Nagorno-Karabakh.

Participation in these elections stood at 71%, and was thus higher than in many EU member states. Together with the quality of the electoral process, this shows strong commitment of the people of Nagorno-Karabakh to democratic life and confirms the legitimacy of the institutions of the NKR.

The observation mission would like to express its gratitude to the authorities of the Republic of Nagorno-Karabakh for providing the delegation with full assistance in complete transparency and open cooperation to conduct the observation mission to the elections of the Republic of Nagorno-Karabakh National Assembly 6th convocation.

Finally the Artsakh Group in the European Parliament would also like to thank European Friends of Armenia (EuFoA) for their committed and decisive support to the preparation and accomplishment of the observation mission.