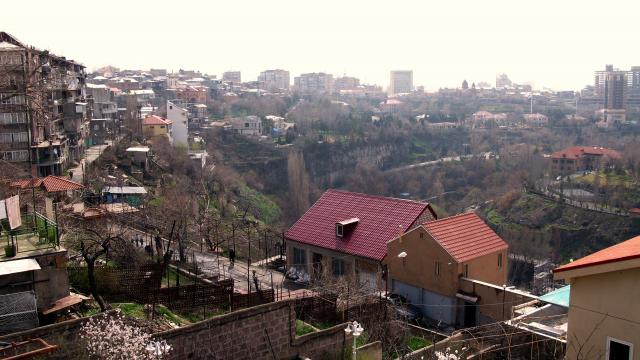 In June 2012 the Armenian National Social Housing Foundation (ASBA) signed up to facilitate the sustained development of energy efficient buildings. Just three years on and the energy efficient obligations are already under way in a number of new housing schemes, particularly in poor villages where housing is much needed. There are also many projects which have been implemented in Dilijan, and the success of the new energy efficient policy in building construction can be gathered from this.
Measuring the success of the new policies
Building new homes is a priority for ensuring the next generation of Armenians has affordable places to live. With rising energy bills, a growing population, and an abundance of refugees from Syria adding to the problems, it’s hoped that low-cost, energy efficient construction projects can go some way to managing these problems and keeping them under control.
Reduced energy bills and reduced emissions
In integrating energy efficiency into the building of all new homes in Armenia, there have been many new benefits discovered that were not immediately apparent beforehand. One of the most significant is in the low costs involved.

By ensuring that all new housing is up to the highest standards of energy efficiency, not only are people provided with a comfortable, modern, place to live, their energy bills will be significantly lower and they will have less of an impact on the precious resources of the country. Integrating an energy efficient philosophy right from the preliminary design phase allows the best and cheapest solutions to be found. It is in these early stages that materials and technical solutions can be found that are not just energy efficient, but hat also cost far less than the renovation of existing buildings.
Adding energy efficiency measure to convert existing building can be very costly for a number of reasons. The structural integrity of a building is often compromised and ensuring that it is sound requires a lengthy process involving many professionals from the building and architecture industries. The logistics, as well as the materials, are what brings the cost of renovation of existing buildings higher that the construction of new buildings.
In the new buildings constructed so far it has been found that the energy efficiency measure can reduce the demand for heating by half. This is due to effective insulation, which is not present in many existing buildings. With energy bills creeping up, this is welcome news to low income Armenians as it improves the affordability of utilities allowing them to focus on other costs of living.
Modern housing makes life easier for disadvantaged people
Much of the housing in Armenia’s villages is not fit for modern life. Many elderly people and disabled people find living in the dilapidated housing that predominates to be almost impossible. Implementing designs, such as wheelchair access can be almost impossible in many of the old style of housing, as well as being very costly. The new energy efficient housing integrates modernity into the design and can take individual requirements into consideration, making life easier for elderly or disabled residents.
While the majority of people agree that building modern, energy efficient housing is the best way to ensure the future population has somewhere to live, there have been many lessons learned in the few years that projects such as those in Dilijan have been underway.
The success of the projects leads to further pressure on the government to perform
The beneficial results of the new policies, as seen so far in many new building projects, can be used to put further pressure on and to advise the government to enforce energy requirements in the construction sector. Whereas the construction sector would complain of increased costs in times gone by, the findings show that the costs of energy efficient building projects can be lower that renovation.
Conclusion
The improvement of the energy efficiency performance of Armenia’s new building projects is not just a vital part of the country’s national and international policy, but is a key part of growth in the green sector and sustainable development strategy to counteract the effects of climate change, population growth, and poor standard of living. The success so far reinforces the importance of paying close attention to the country’s success in energy efficient buildings and provides a beacon of hope for the future.
Article written by Gemma Podmore
Sources
http://ipsc.am/
http://www.asba.am/en/energy
http://www.nama-database.org/index.php/Energy_efficient_public_buildings_and_housing_in_Armenia
http://www.armeniahousingcrisis.org/
http://www.miseast.org/en/armenia/%E2%80%9Cgiving-disability-voice-empowering-disability-rights-movement-armenia%E2%80%9D
http://www.mortgagecalculator.biz/resources/disabilities.php
https://www.imf.org/external/country/ARM/rr/2009/090909.pdf
http://www.migrationpolicycentre.eu/docs/policy_brief/PolicyBrief-Armenia-2013.pdf