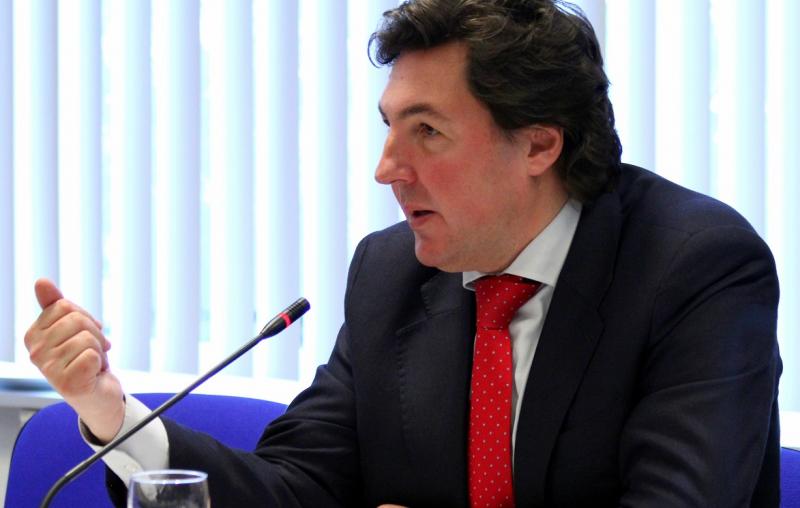 In an interview with the state news agency Armenpress, Eduardo Lorenzo Ochoa, a former senior advisor to the Armenian prime minister and current director of the Brussels-based NGO “European Friends of Armenia” (EuFoA), shared his outlook on the new type of Association Agreement to be signed between Armenia and the EU and the future of the Union’s relations with Armenia and the Nagorno-Karabakh Republic.

The interview is presented below:

It can also be found on the website of Armenpress.

Mr. Ochoa, You have worked in Armenia for many years as the Senior Adviser to the Prime Minister of Armenia and to the Speaker of the National Assembly, as well as a lecturer. Could you briefly share your impressions on Armenia in both personal and professional levels?

From a professional point of view, those years were a very rich experience. I could actually write a book about it, but I would like to underline that even though Armenia has a limited administrative capacity, both the National Assembly and the Government made an extraordinary effort achieving the highest degree of compatibility with the EU, both politically and institutionally, resulting first in a clear benefit for the country but also for the EU.

From a personal perspective, I would underline the high degree of responsibility entrusted to me, as well as the mutual reliance developed throughout the years, which was key to achieve our goals. Finally, regarding the lectures that I was responsible to deliver to the students in the diplomatic academy at Yerevan State University, as well as in the different NDI leadership schools, I would highlight the enormous interest that all audiences had in the European Union.

You have recently taken up the position of the Director of the European Friends of Armenia (EuFoA) NGO based in Brussels. What priorities and upcoming projects are on the agenda of the NGO?

Our goal is to keep Armenia up on the EU’s agenda. Taking into consideration that the European Parliament has been renewed and soon the European Commission will also be refreshed, we will have to make substantial efforts in explaining the reality of the Republic of Armenia to the newly elected decision makers if we want to reinforce our network. This will imply a lot of bilateral meetings, conferences, study visits to the region and some short papers on specific areas of the EU-Armenia cooperation.In one word: pedagogy on Armenia in Brussels.

What is your opinion about the Armenia-EU relations?

I think that relations with the EU are good, looking at what has been achieved: the visa facilitation and readmission agreement, the access of Armenia to EU programs and agencies, and the highest degree ever of compatibility between Armenia and the EU when the negotiations for the association agreement were finalized.

Given the Armenian new international commitments, we are going through a re-definition period of these relations. In this respect I would underline the statements of several authorized voices in the European parliament and EU key member states representatives, such as President Hollande, underlining the need to find an association agreement with Armenia that fits Armenia’s international commitments.

In addition, given that the European Parliament has just been elected and that the European Commission and the External Action Service will be refreshed in October, I am hopeful that both sides come up with a common concrete proposal before Christmas.

As I know EuFoA recently published a document titled “EU-Armenia relations: future developments and prospects”. What are your recommendations about new a type of Association Agreement between the EU and Armenia (“AA Light” or a “PCA Plus”)

In my opinion, what is most important is the content and not so much the name or the label.

Generally speaking, there is a growing consensus in the EU that the EaP should provide a more tailor made assistance to the EaP countries in the next programming period, and that the current legal base, the Partnership for Cooperation Agreement is a bit obsolete. However, I would encourage decision makers from both Brussels and Yerevan to eventually focus on the content and then define the legal base.

Actually there has been progress in this field, regarding the contents of such cooperation. As both sides stated in Vilnius, the main axis should be: improvement of democratic institutions and the judiciary, promotion of human rights and rule of law, good governance, fight against corruption, and strengthening of the civil society.

More specifically, it could cover three of the four sections (all except DCFTA) of the AA that the EU and Armenia concluded in July 2013:

• Issues including the environment, science, transportation, and education

In particular, this new Agreement would therefore be a comprehensive agreement which reflects the existing wide range of cooperation in political and economic areas, and develops these areas further. To reflect the new quality in the EU-Armenia relations, it should go far above and beyond the existing PCA commitments.

It should provide a firmer commitment to an institutionalized dialogue on common values, notably democracy and rule of law, good governance and respect for human rights and fundamental freedoms, including minorities rights, a market economy and sustainable development.

It could also enhance cooperation in foreign and security policy, with focus on regional issues, non-proliferation and disarmament. Deepened cooperation in economic areas such as business and investment climate, public finance, macroeconomic stability, and employment as well as social affairs could also be part of the text together with further cooperation in energy matters, paying particular attention to issues concerning security and diversification of supply.

On the other hand, enhanced relations in other sectoral policy areas such as transport, and aviation, environment and public health, science and technology, education and culture and information society as well as media should also be included. People-to-people contacts, inter alia through exchange and cooperation programs for schools, students (increased number of scholarships) and researchers, should be further strengthened.

In addition, further cooperation in the field of justice, liberty and security that are only partially covered in the PCA together with institutional building could be part of this new Agreement.

Finally regarding trade, even though the Republic of Armenia is supposed to join the Russian-led customs union, there might still be room for cooperation with the EU on a sector-by-sector basis.

Such sectoral agreements in areas that both parties are interested in can be signed -especially when it comes to providing technical assistance, in the form of e.g., twinning projects – as is the case for the Russian Federation. The key challenge remains Armenia’s capacity to meet and keep the EU standards and to fully upgrade quality infrastructure institutions in line with EU standards. It appears that Armenia has adopted the closest standards to those of the EU, among all countries set to become part of the EURASIAN Customs Union. Therefore it is foreseeable that Customs Union members’ companies will increase their presence in Armenia. In this regard, it would be mutually beneficial for both the EU and Armenia to develop additional mechanisms of cooperation in this field.

On 21 of June, The EuFoA organized a study trip to Nagorno Karabakh for the European Parliament Vice President Jacek Protasiewicz and the EFA delegation. What can you say about this visit?

Starting years ago with the voice of the European citizens, that is the European Parliament, all EU Institutions have officially stressed the importance for EU representatives to establish contacts with the authorities and civil society of Nagorno-Karabakh, so I would frame both visits in that context, in the normality of the EU’s international outreach.

It is true that it was the first time in history that a Vice President of the European Parliament visited Nagorno Karabakh, and EuFoA is very proud to be part of this milestone, but at the same time, I am confident that with our work, such high level visits will become a habit, and not an exception. Regarding the EFA delegation study trip, it is not the first one, I am positive it will not be last one either. it is just the free expression of two political entities that share the same values in terms of democracy and human rights and are willing to work together.

What were the impressions of the level of social economic and institutional development of the NKR? Why do you think it is important for European officials to visit Nagorno-Karabakh?

Still, Nagorno Karabakh is sometimes the object of debate within European Union Institutions and therefore it is understandable that EU lawmakers want to have a firsthand opinion about Nagorno Karabahk, its society, people and its democratic institutions. In addition, I think it also shows that the EU cares about the people living there.

How do you see the cooperation between NKR and EU for the future. Can we expect that these meetings and visits will develop on close cooperation?

Well, it takes two to tango. But, jokes aside, I honestly think this cooperation can only increase. The EU is very diverse, and I am confident that at different levels Nagorno Karabakh will find partners to work with together in the spheres that fit all sides best, let it be political, cultural, economic or educational. It is all about tenacity, and I have a strong feeling that is one of the qualities of the Karabakhi people.

After a visit to NKR and meetings with politicians and members of the civil society, many politicians announced that NKR is really a democratic country. What is Your opinion about it, and what do You think about the development of civil society in NKR?

Regarding the democratic development of Nagorno Karabakh, it is my opinion that what is most important is what Karabakhi people think about it and what their aspirations are.

Yet it is true that coming from the EU, the level of democratic development of the country is impressive. Democracy is still an everyday job however, and in this respect the upcoming parliamentary elections, and in particular the electoral process, will represent a test in this field. I just wish this time the EU and CoE structures will send a proper observation mission.

When it comes to Nagorno Karabakh civil society, first of all, its mere existence is already very good news for people coming from the EU, let’s not forget how the country was devastated only 20 years ago. In addition, at least the representatives I met have experience, ideas and projects, and seem to be very active. Obviously conditions could be better, but I am sure they are already a precious asset to citizens, and will gradually reinforce their position.