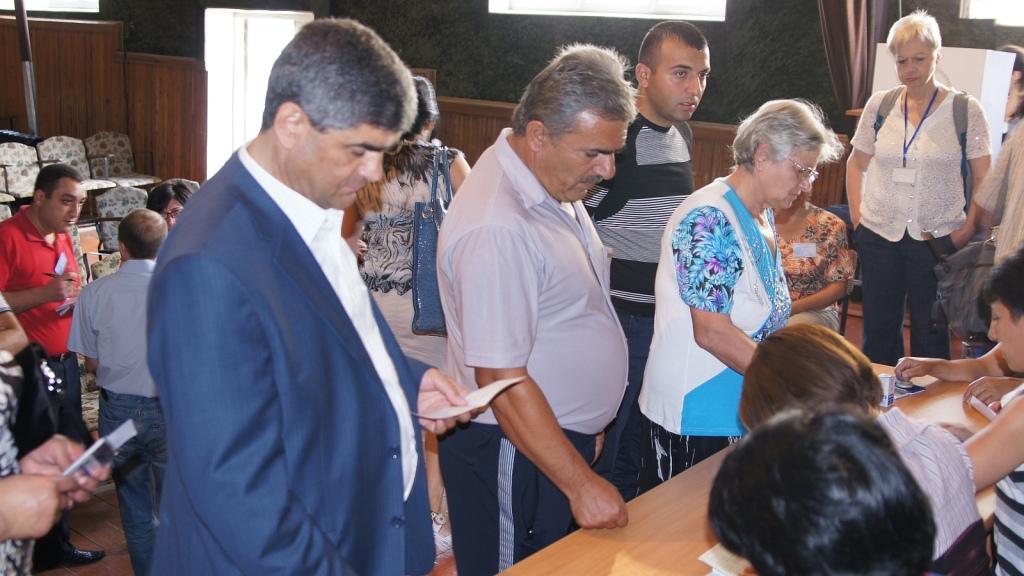 On 19 July 2012, Presidential Elections took place in Nagorno-Karabakh (NK). While the NK Republic is internationally not recognised, European Friends of Armenia strongly welcomes the wish of the de-facto authorities to organise local self-government based on democratic principles. This wish has been underlined by inviting a large number of international observers, including a group of eight set up by ourselves. Our group was composed of three native speakers and five non-native speakers, led by:
• Dr Ioannis Charalampidis (Journalist, Cypriot)
• Dr Michael Kambeck (EuFoA Secretary General, German)
• Dr Eleni Theocharous (Member of the European Parliament, Cypriot)
• Dr Hans-Juergen Zahorka (Chief editor European Union Foreign Affairs Journal, ex-MEP, German)

We fully followed the official code of conduct of OSCE/ODIHR election observation missions.

Nature of our observation

Our observation mission was a short-term observation and included the Election Day, parts of the electoral counting procedures and interviews with candidates and other observers. Our mission did not include media monitoring, long-term observation before or after Election Day, monitoring of the complaints procedure and follow-up. To cover these important aspects of election observation, we recommend full OSCE-ODIHR missions for the future. Our mission included 23 of the 245 polling stations, stretching from Hadrout in the south to Mardakert in the north, covering polling stations sizing from 1932 voters in Hadrout to 18 voters in the mountainous village of Mehmana.

We strongly commend the local authorities for allowing us to move absolutely freely around Nagorno-Karabakh (including the scarcely populated buffer zone around) and to question anyone directly or indirectly connected to the elections. The efforts made to allow us and other observer teams to gain full insights and transparency were considerable and we call upon the international community to appreciate these efforts.

Why do election observation in Nagorno-Karabakh?

The solidarity of democrats demands that we prefer and promote the basic human right of democratic self-governance and it is in this context that our group carried out our mission here. We call in particular upon the OSCE ODIHR to provide technical assistance and election observation for future local-election, as part of a humanitarian development aid, even if this is done while underlining the non-recognition of the local state entity. This will provide for a real boost in local democratic culture and help prepare the local population for the time after the resolution of the so-called frozen conflict, as envisaged by the OSCE Minsk Group.