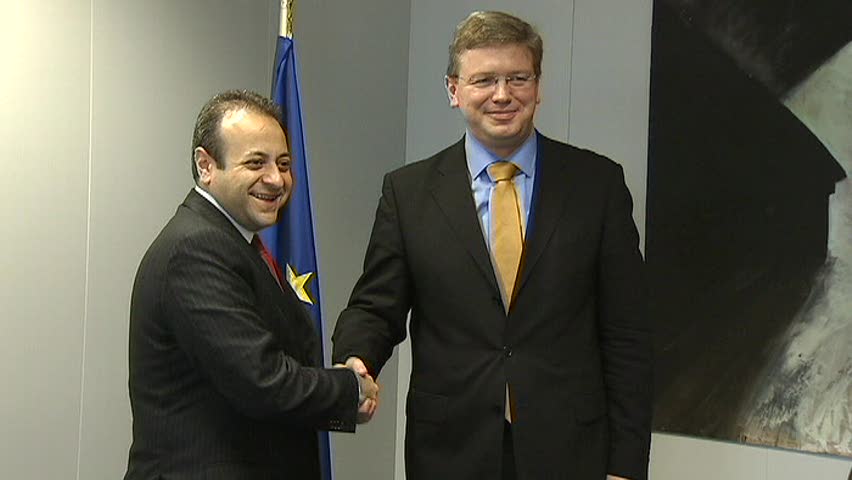 On Tuesday 9 November 2010, the European Commission issued a report on progress made by Turkey in preparing for EU membership. The document contained some points  regarding the relations between Turkey and its neighbour Armenia. These references mainly concerned the relationship in the sphere of human rights and foreign policy.

In accordance with the report, the human rights situation in Turkey improved in general. The freedom of assembly was granted and 24 April was marked “Armenian Genocide Commemoration Day” where symbolic public events took place. In addition, the freedom of religion and expression generally increased. For the first time since 1915 a religious service at the Armenian Holy Cross church on the Akhdamar island was held. Yet, the regrettable episode regarding refusal of the Turkish side to install the cross on the church during the liturgy was not mentioned. Restrictions in the area of clergy training remain.

A drawback concerning the freedom of expression, however, is the court ruling concerning Nobel Peace Prize winner Orhan Pamuk, who was convicted due to its comments on Armenian issues to a Swiss magazine. In addition, RTÜK imposed a broadcasting ban on a channel for the words of a writer who spoke about the Armenian issue and which according to the regulator exceeded the limits of criticism. Furthermore, the Commission’s report states that the court case on the murder of Armenian journalist Hrant Dink is continuing without showing significant progress.
Concerning the foreign policy of Turkey the report concludes an overall promising outcome of the country’s “zero problems with neighbours” policy.
Nonetheless several shortcomings of this policy are mentioned in the report, such as the missing ratification of the protocols signed with Armenia to normalize the relations. At this point the Commission’s report fails to address the causes for the lacking ratification of these protocols which are related to the announcement of preconditions by the Turkish side after the actual signature. As a result of the non-ratification the border between Armenia and Turkey is still closed, a state that was previously criticised by the EU. In this report however, this severe condition was not even mentioned.

Click here to download the EU Commission’s progress report on Turkey 2010
Below, we provide you with an article from The Wall Street Journal about the state of Turkey in the accession negotiations.

The European Union said two Balkan states were ready to advance their membership efforts, while it admonished Turkey to move faster to settle its border disputes and to normalize relations with Cyprus. The assessments came Tuesday from the European Commission, the EU’s executive arm, in separate reports on the readiness of countries that aspire to join the 27-nation bloc.
The commission said that Croatia’s membership negotiations were entering “their final stage” and that Montenegro could now be considered a candidate country. It added, however, that Croatia needed to do better in making sure its judiciary was independent and efficient, in fighting corruption and organized crime, and in cooperating with the international tribunal investigating war crimes during the break-up of Yugoslavia. It also said Montenegro’s negotiations couldn’t start immediately because of concerns over the rule of law.
Turkey was further criticized for shortcomings in free speech and freedom of religion. Negotiations over Turkey’s membership, which is opposed by powerful EU states such as France and Germany, have dragged on since 2005.”No one can be satisfied with the current pace of negotiations,” said Stefan Füle, EU commissioner for enlargement.
In Rome, Turkish Foreign Minister Ahmet Davutoglu made it clear that Turkey doesn’t have infinite patience to complete the process. Europeans “must think about what the position of Europe will be in 2050,” he said. “The EU may become irrelevant in the geopolitical context” with a small share of the global economy and a closed culture.The assessment said freedom of expression and of the media need “to be strengthened in Turkey both in law and in practice,” while “shortcomings remain in the exercise of the freedom of religion.”It said Turkey also needed to step up efforts to resolve disputes with neighbors, including with Armenia-with which it signed a 2009 agreement to normalize relations that hasn’t been ratified. The EU also noted the lack of progress in normalizing relations with the Greek-Cypriot half of Cyprus, which has been an EU member since 2004.
Egemen Bagis, Turkey’s chief negotiator to the EU, indicated at a dinner in Istanbul Tuesday that Turkey doesn’t want EU membership badly enough to make a unilateral gesture to unblock negotiations frozen over Turkey’s refusal to meet a pledge to open its ports to the Greek-Cypriot part of Cyprus. “After all, 17 [negotiating] chapters are blocked. I don’t even have a clear date to end the negotiations. I have so many leaders saying Turkey shouldn’t join at all. So why should I give up on Cyprus?” he said. Mr. Bagis, however, also called the report “the most positive and encouraging” Turkey had ever received.
Turkish leaders, including Mr. Bagis, say EU membership remains their top foreign-policy objective, but there is a decline in popular Turkish interest in the EU. Turkish media widely noted Monday that Albanians and Bosnians gained visa-free travel to the EU’s borderless Schengen zone, while Turks still are obliged to line up outside embassies-despite Turkey’s full customs union with the EU since 1995, and although it is further advanced in the EU membership process.
According to a recent survey by the German Marshall Fund of the United States, a think tank, Turkish support for joining the EU has fallen to 38% from 73% in 2004. “Perhaps the Turkish public also will say, ‘Let’s not become a member despite having successfully concluded the negotiations,’ ” Turkish President Abdullah Gul said in a speech at the Chatham House think tank in London on Monday.