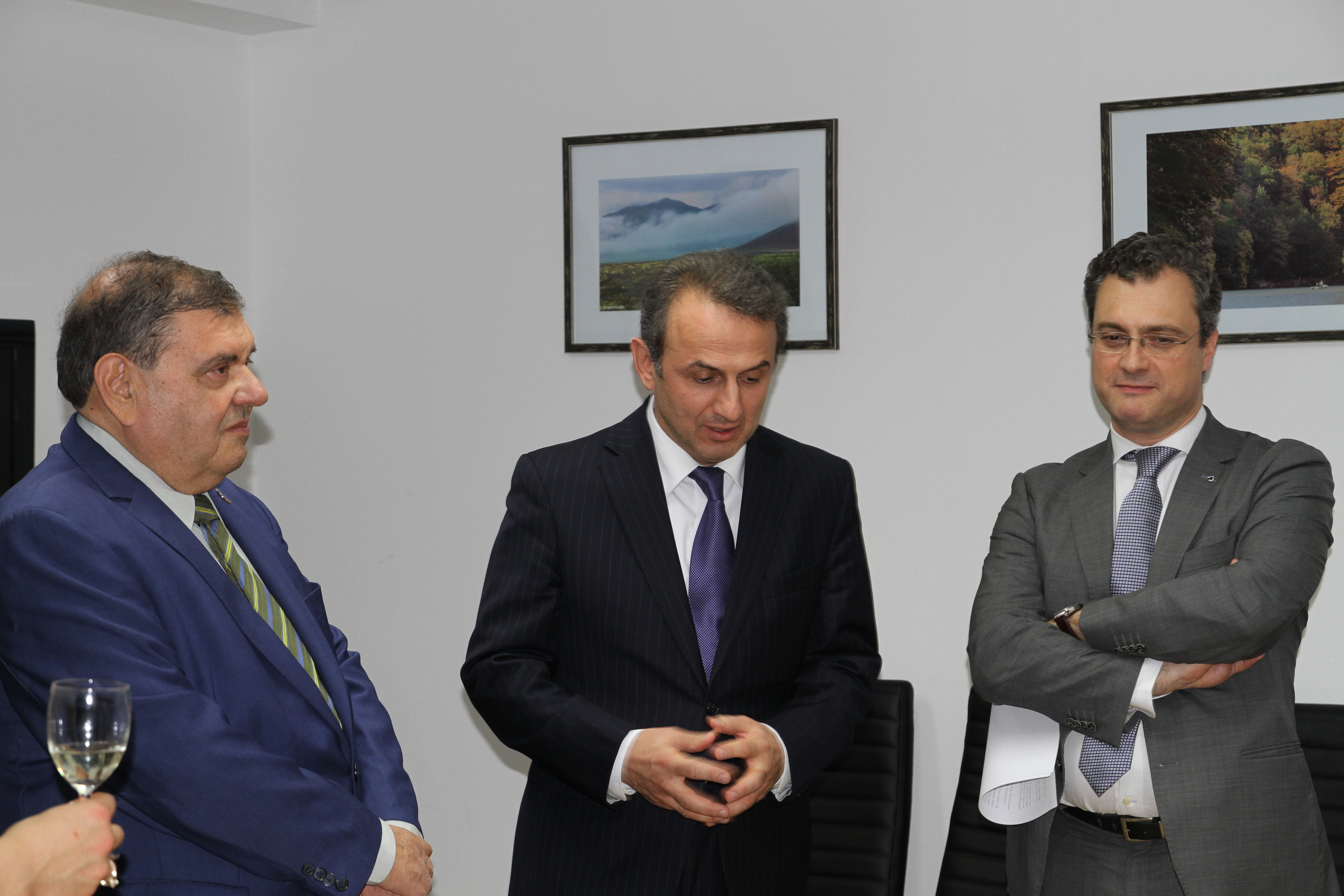 BRUSSELS, 20/09/2016: On 19 October, the European Friends of Armenia (EuFoA) hosted a cocktail reception at its headquarters in Brussels, to introduce its newly appointed Director, renewed team and new office.

The event was attended by around 50 friends and partners of EuFoA, representatives of the EU institutions, civil society, the media, and the diplomatic corps, including H.E. Dr Tatoul Markarian, Ambassador of the Republic of Armenia to Belgium and Head of the Armenian Mission to the European Union, and Ms Theodora Gentzis, Counsellor in the Office of the Belgian Deputy Prime Minister, and Minister of Foreign Affairs and European Affairs who addressed the audience.

Ambassador Markarian congratulated the EuFoA and its former team members for all the past achievements and the work done in favour of the relations between Armenia and the EU. He also congratulated the newly appointed EuFoA Director, Diogo Pinto, wishing him, and his colleagues, success and pledging the Embassy’s support in bringing Europe and Armenia closer together.

In his message, delivered by Ms Gentzis, Belgian Deputy Prime Minister and Minister of Foreign Affairs and European Affairs Didier Reynders also congratulated Mr Pinto for his appointment as the new director of the European Friends of Armenia, the renewed team and office. He underlined how timely the reinvigoration of the team was in the light of the current dynamics between the EU and Armenia. He expressed his desire for the new EU-Armenia Framework Agreement to enhance the dialogue between authorities and to increase contacts between the peoples.

Diogo Pinto thanked all the guests for their presence and true friendship and, introducing the EuFoA team, praised the work of his predecessors, Michael Kambeck and Eduardo Ochoa, and all other former colleagues, who built the organisation and its reputation and achieved many successes. He reiterated that EuFoA’s mission will remain building bridges between Armenia and the European institutions, decision-makers and civil society, for further and deeper integration of Armenia in the European family.

He clarified that EuFoA is neither an Armenian organisation nor a representative of the Armenian government, but that it rather consisted of other Europeans who are friends of Armenia. He pledged that, as good friends, the EuFoA would always be honest and, when Armenians are wrong, would tell them so, emphasising that as good friends, EuFoA would always be loyal and would never refuse to fight along them for their right to live in peace and security, and pursue prosperity and happiness.