EU Ambassador to Armenia Piotr Świtalski: “Armenia has all the ingredients for growth and prosperity” 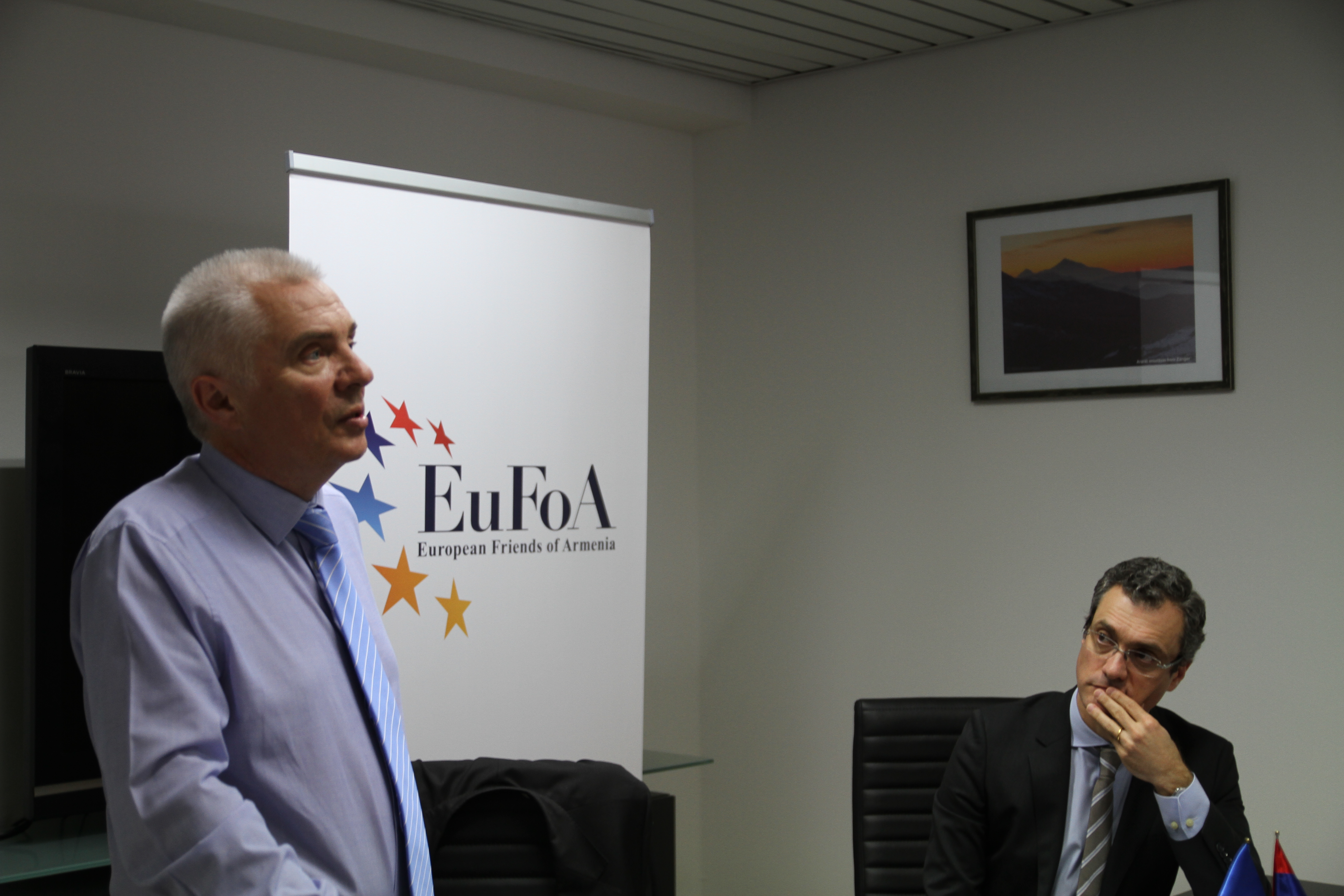 The briefing, which took place against the background of the recent signing of the EU-Armenia Partnership Priorities, was moderated by Diogo Pinto, Director of EuFoA, and attended by over 40 representatives of the EU institutions, diplomatic corps, international NGOs, research community, and media.

In his initial remarks, Ambassador Świtalski expressed his optimism towards the ratification and the implementation of the Comprehensive and Enhanced Partnership Agreement (CEPA), signed by Armenia and the EU last November. Despite the concerns in some circles of the Armenian civil society—still skeptical about the implementation of CEPA and its monitoring process—Świtalski remarked that “we have clear signals that the agreement will be implemented in good faith”. Despite being “the smallest country in the Eastern Partnership, Armenia is the most interested in the EU”, Świtalski added. He also stressed how the agreement can act as a catalyst for domestic reform, essential for unleashing Armenia’s economic potential. Ambassador Świtalski stated that ‘Armenia has all the ingredients for growth and prosperity”, namely intellect and human capital, but changes are necessary to achieve a sustainable economic development, currently hindered by an overly regulated and monopolised system which discourages young Armenian entrepreneurs and eventually leads young, talented people to leave the country.

The discussion that followed touched upon topics such as gender inequality, emigration, visa liberalisation, and the clash between the older generation—still nostalgic for the Soviet Union—and the younger one, who see the European Union as “the epitome of a better life”. To conclude, EuFoA Director Diogo Pinto thanked the Ambassador and the attendees for their meaningful participation. “European Friends of Armenia will keep working to make sure that the European Union and Armenia are on the same page when addressing important issues”, he said.