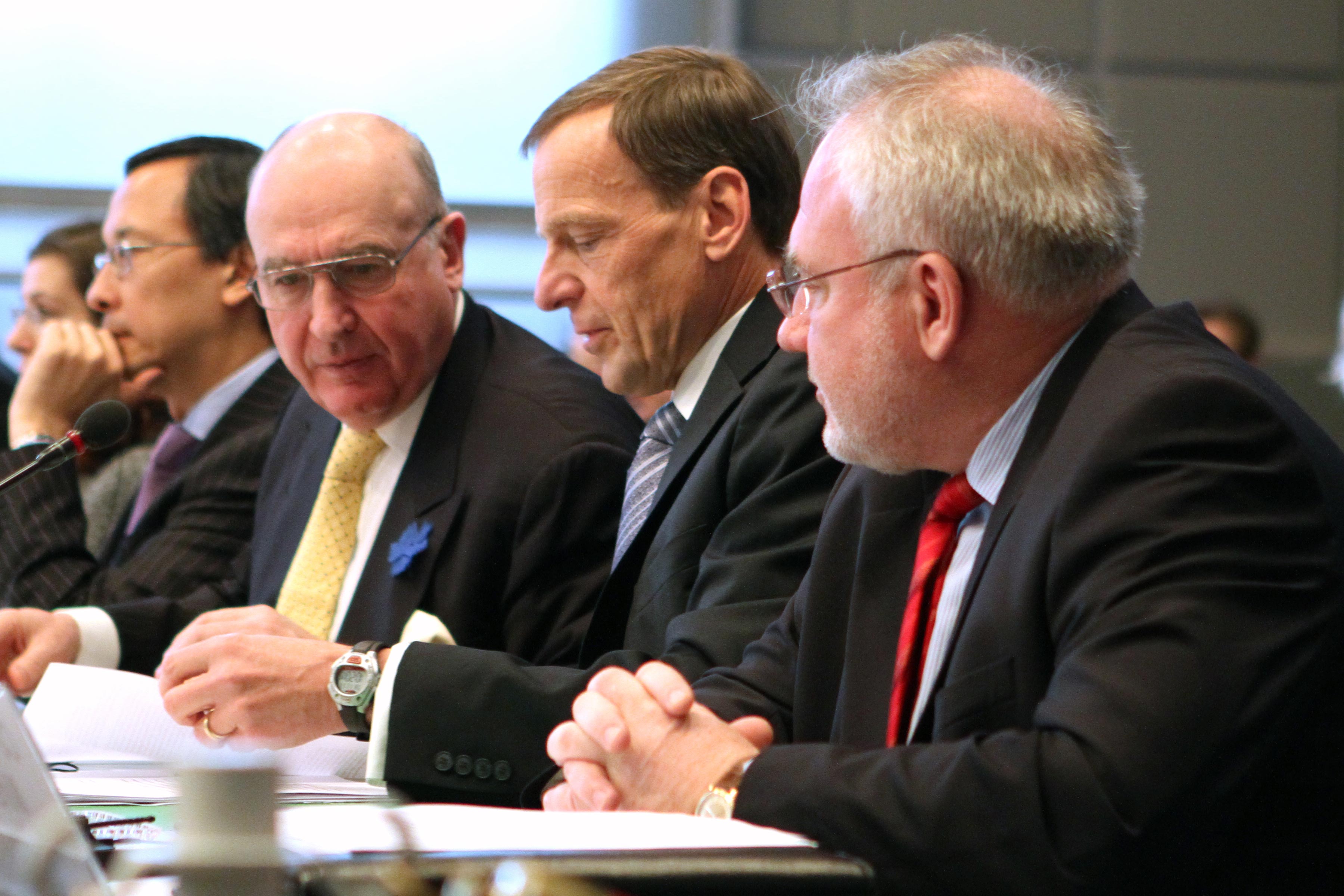 During the European Parliament (EP) hearing of 15 June 2011 on the Nagorno-Karabakh conflict, the OSCE Minsk-Group Co-Chairs Robert Bradke (USA) and Bernard Fassier (France) expressed hope for the upcoming Kazan trilateral summit, saying that an agreement on the Basic Principles for settling the conflict is within reach.
“I asked whether the Co-Chairs have received any new signal from Azerbaijan that they might now really accept all of the Madrid Principles, including a legally binding vote on the final status of Karabakh. But unfortunately they could not answer the question. Apparently it’s too controversial and confidential ahead of the Kazan summit.” commented MEP Ioannis Kasoulides after the hearing.
The Co-Chairs and Miroslav Lajčák, the responsible Managing Director in the EU’s External Action Service, insisted that any use of military force or military threats in this conflict are unacceptable and against international law. The Co-Chairs believe that the latest version of the Basic Principles to be presented in Kazan now accommodates both sides but that there will have to be more political will to accept it. To remind, Armenia has on several occasions stated that it accepts the Madrid Principles as described in the public Co-Chair declarations of L’Aquila and Muskoka, as an integrated whole,[1] only fearing that a partial implementation might expose the population of Karabakh to the same security risks that triggered the war in 1991. There can therefore only be a breakthrough if Azerbaijan also accepts all components of those declarations, including a final status vote for Karabakh.
“The EU’s role mainly consist of preparing the societies for peace and, once a peace deal exists, to help implement it. We strongly welcome the announcement that the EU will as of 1st of September again have a Special Representative for the region and those conflicts, which will upgrade the EU’s role there. Meanwhile, the Co-Chairs denounced the rearmament in the region, and Ambassador Fassier was very explicit in mentioning Azerbaijan and the way they are displaying now drone technology, saying that this is leading down the wrong way. The Co-Chairs made it clear that any resolution of this conflict by means of force would be against international law, which seemed to answer recently intensified threats from Azerbaijan.” commented EuFoA Secretary General Dr Michael Kambeck.
Over the past months there were numerous direct war threats coming from the President of Azerbaijan and members of his government.[2] The most recent was this: “If the Karabakh conflict is not resolved peacefully, the hopes after the Kazan meeting come to zero, Azerbaijan reserves its right to liberate its lands from occupation by military means,” said Ziyafet Askerov, First Vice-Speaker, Chairman of the Security and Defence Committee of the Azerbaijani Parliament on 14 June, claiming that international law allows this.[3] To remind, the Bishkek Cease-Fire Agreement prohibits the threat or use of force, and so do Azerbaijan’s legal commitments to the OSCE, the Council of Europe, the UN, the EU and a number of bilateral treaties. Unfortunately, those institutions rarely condemn the war threats.