Elections in Armenia signify progress with room for improvement 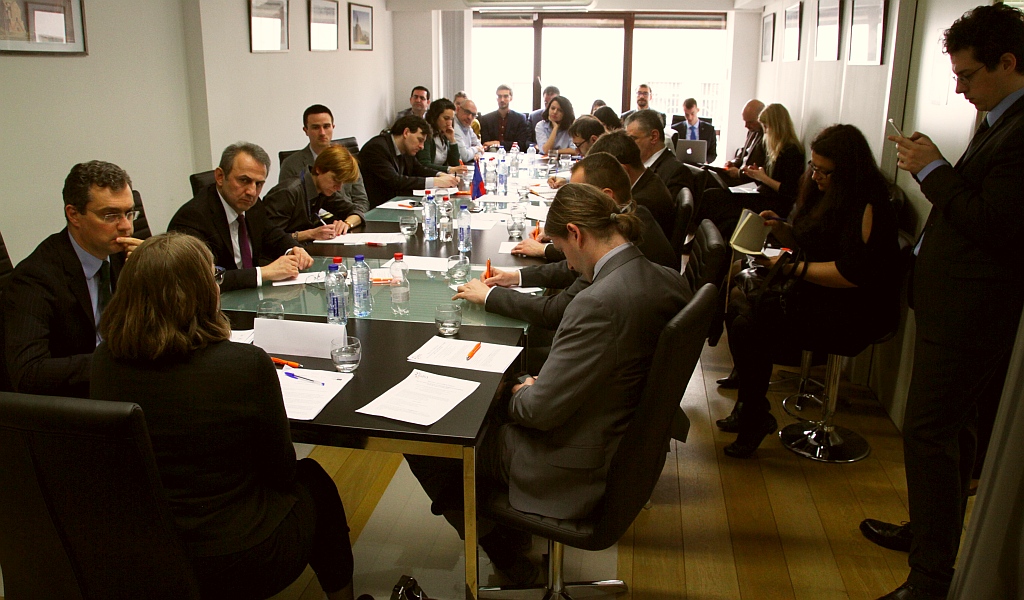 This morning, European Friends of Armenia (EuFoA) organised a briefing to assess the parliamentary elections held in Armenia on 2 April, and their consequences for the future of the Armenia-EU cooperation.

Mr Pinto thanked and welcomed the speaker and the participants, and reminded that these were the first elections held in Armenia following the constitutional amendments, approved in a referendum in December 2015, which reduced the powers of the President in favour of the Prime Minister and the Parliament, and changed the electoral system from a majoritarian to a largely proportional one, and that they took place just a couple of weeks after the initialling of the EU-Armenia Comprehensive and Enhanced Partnership Agreement.

Ms Hautala, in her initial remarks, noted that the elections were preceded by an extremely constructive and inclusive process, which led to a new, consensual Electoral Code, and reminded that the EU contributed financially to the success of the elections, namely through the introduction of Voter Authentication Devices (VADs) and web cameras, which helped identifying voters and preventing multiple voting, impersonatio n and fraud, significantly increasing the overall transparency. Ms Hautala added that despite the fact that the elections were well administered and fundamental freedoms were generally respected, observers were confronted with credible information about vote-buying and pressure on civil servants and employees of private companies, exerted by various candidates from different parties.

During the interesting debate that followed, both the Central Election Commission and the Precinct Election Commissions were praised for the professional and transparent way in which their work was conducted; the public TV channel H1 was acknowledged for devoting equitable coverage to all contestants in its newscast; but concerns were expressed regarding the ownership and the independence of the media, and the causes and effects of the phenomenon of vote-buying.

In conclusion, and despite the shortcomings which need further investigation so they can be eradicated and overcome, these elections confirmed that Armenia is on the right track to consolidate itself as a strong democracy, where both the government and the opposition are able to learn from mistakes and integrate criticism. In this context, the EU should continue to encourage reforms and support Armenia’s sovereignty and independence, namely through assistance promoting the independence of the judiciary, transparency of the political process and good governance, but also training for journalists and continued empowerment of civil society.

Mr Pinto, speaking after the briefing, said: “This was a successful event, and I am happy to see that it attracted the interest of so many people. We wish all the best to the recently elected members of the National Assembly of Armenia, and look forward to seeing a renewed cooperation with the EU. The signature of the new Comprehensive and Enhanced Partnership Agreement, which we hope will happen soon, will add impetus to that”.