Breakthrough or diplomatic tactics? Armenia and Turkey could solve first bilateral dispute in the region 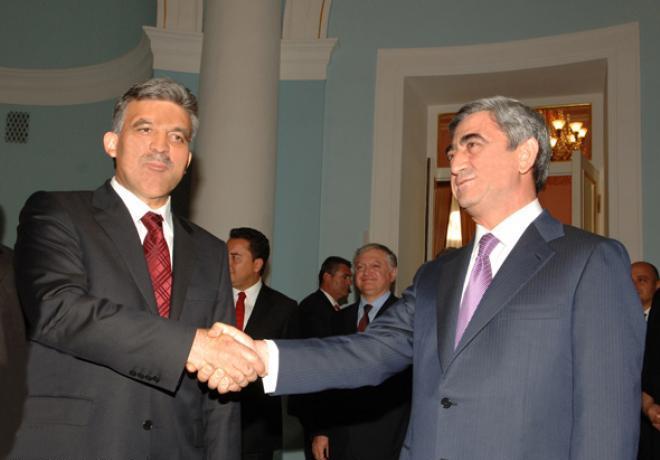 Below we provide you with:

The Republic of Armenia and the Republic of Turkey have agreed to start their internal political consultations on the two protocols – the “Protocol on the establishment of diplomatic relations” and the “Protocol on the development of bilateral relations” – which have been initialled in the course of their efforts under Swiss mediation.
The two Protocols provide for a framework for the normalization of their bilateral relations within a reasonable timeframe. The political consultations will be completed within six weeks, following which the two Protocols will be signed and submitted to the respective Parliaments for the ratification on each side. Both sides will make their best efforts for the timely progression of the ratification in line with their constitutional and legal procedures.
The normalization of bilateral relations will contribute to regional peace and stability. The Republic of Armenia and the Republic of Turkey are committed to pursuing their joint efforts with the assistance of Switzerland.
ends
———-

Sept. 1 (Bloomberg) — Turkey and Armenia agreed on steps toward establishing full diplomatic ties for the first time between the neighbors, divided for almost a century over the massacre of Armenians in the Ottoman Empire. The countries will hold six weeks of domestic debate over the accords, drawn up under Swiss mediation, before they are submitted for ratification by their parliaments, the Turkish Foreign Ministry in Ankara said in a statement on its Web site late yesterday. Armenia’s ministry issued an identical announcement.

Settling a century of animosity between the two sides would help foster stability in the southern Caucasus, through which Caspian oil flows to European markets. It may also boost Turkish chances of achieving European Union membership and improve predominantly Muslim Turkey’s relationship with the U.S., where Congress has pressed for an apology for the Armenian massacre.

“If the leaders of Armenia and Turkey succeed in normalizing relations, then they should be nominated for the Nobel Peace Prize,” Michael Kambeck, chief of European Friends of Armenia, a research group in Brussels, said in a phone interview. “The only thing I’m worried about is that this might stall in the two countries’ respective parliaments. I think there’ll be majority support in Yerevan, but I’m more worried about Turkey.”

U.S. President Barack Obama visited Ankara in April and said he hoped efforts to normalize relations between the two would “bear fruit.” The U.S. welcomed yesterday’s declaration, saying “normalization should take place without preconditions and within a reasonable timeframe,” according to a statement from the State Department in Washington.

The move by Turkey and Armenia toward re-establishing diplomatic relations was a “crucial step” for peace and security in the region, EU foreign policy chief Javier Solana said on the Web site of the Council of the European Union today. While Turkey recognized Armenia when it gained independence from the Soviet Union in 1991, Turkey never agreed to full diplomatic relations because it rejects allegations that a genocide was carried out against Ottoman Armenians between 1915 and 1917. Armenia says Ottoman Turkey committed genocide against 1.5 million Armenians in the fading days of the Ottoman Empire.

“The rational Turkish fear is that recognition of the genocide will in turn lead to demands for reparations and property and territory and that conjures all kinds of terrible fears among Turks,” said Steven Cook, senior fellow for Middle Eastern studies at the Council on Foreign Relations in Washington. “There is a possibility that despite these talks you will not see a resumption of diplomatic relations, and even if you have diplomatic relations you may not see a normalization of relations,” including opening the two countries’ 268-kilometer (167-mile) border, he said. The border has been closed since 1993 when Turkey sealed it in solidarity with Azerbaijan in its conflict with Armenia over the enclave of Nagorno-Karabakh. Armenia occupied the region in 1994 after years of ethnic fighting. The two countries agreed to reopen the border within two months of the ratification of the agreements, according to texts of the protocols released today by the Turkish Foreign Ministry.

Any reopening of the crossing should run parallel with resolving the dispute over the mountainous enclave of Nagorno- Karabakh, Turkish Foreign Minister Ahmet Davutoglu said today in a televised interview on NTV news channel. Turkey has given guarantees that the border won’t be re- opened until Armenia’s occupation of Nagorno-Karabakh is resolved, the Azeri Foreign Ministry said, according to CNN Turk television. The steps agreed between Armenia and Turkey don’t contain any precondition for a settlement of Nagorno-Karabakh, President Sargsyan said in Yerevan.

Europe and the U.S. want former Soviet states in central Asia such as Azerbaijan to sell oil and gas to the West independently of Russia. That means transporting it to Turkey through the Caucasus, which has been riven by disputes such as the one between Turkey and Armenia. London-based BP Plc opened a $3 billion oil pipeline from Azerbaijan to Turkey’s Mediterranean coast in 2005. The $11- billion Nabucco project to carry natural gas via Turkey to Europe depends partly on Azeri supplies of the fuel.

International Ties
Establishing relations with Armenia would help Turkey’s ambitions to improve its ties to its NATO ally the U.S. and position itself as a regional mediator in the Middle East, the Caucasus and Central Asia, said Stephen Kinzer, author of the 2001 book “Crescent and Star: Turkey Between Two Worlds.” Turkey is under pressure from European governments and the U.S. Congress to apologize for the Armenian massacre, and will also have to resolve its dispute with Kurdish nationalists in the east of the country, Kinzer said in an interview. “Those are the two issues that stand in the way of Turkey being able to claim they are for peaceful resolution,” he said. “Then they can play a much bigger role in the region.” Turkey denies the Armenian accusations of genocide and says massacres took place in the context of wartime clashes connected to the support of Armenian groups for Russia in World War I. Turkish officials insist the killings weren’t orchestrated by the Ottoman government.

Yesterday’s statement made no reference to the many disputes. Both sides pledged “timely” progress toward ratification. Turkey should fully implement an accord to re-establish diplomatic relations, said Vigen Sargsyan, deputy chief of staff of Armenia’s president. “We see this as a good opportunity to establish normal, civilized relations between the two countries,” he said in a telephone interview from Yerevan late yesterday.